Bariatric surgery procedures can be grouped into three main categories. In the United States and other industrialised countries, open procedures are being replaced by those using laparoscopic techniques with a move towards endoscopic procedures anticipated for the future.

Malabsorbtive procedures work by reducing the stomach size but the main impact achieved comes from creating a condition where the absorption of food is physiologically impaired. 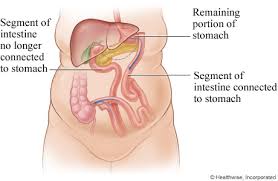 This complicated procedure is named biliopancreatic diversion (BPD) or the Scopinaro procedure. It is hardly ever used today as it frequently causes problems with malnourishment. It has been replaced by a safer procedure known as a duodenal switch. In this procedure a smaller stomach is created but the patient can still eat a full meal. The small intestine is then connected to the stomach and in doing so the duodenum and jejunum are both bypassed.

In up to 2 percent of patients malabsorption is so severe that the procedure has to be reversed to avoid nutritional deficiency. BPD is so effective that patients need to take dietary supplements to avoid conditions such as osteoporosis and anaemia.

Gallstones are compilations associated with any type of bariatric surgery so many surgeons will remove the gallbladder during BPD as a preventative measure.

This is a procedure that is no longer used.

A recent study in the Netherlands demonstrated a weightless equivalent to a decrease of 5.5 Body Mass Index points in three months with this procedure. A further study in Chile however, was less conclusive as it recorded problems with the device slipping and migrating after surgery.

Procedures in this group work by restricting the amount of food you take in as you eat normal food. The size of the stomach, gastric volume, is reduced. This ensures the patient feels full after eating smaller amounts. The alimentary canal is left intact which means the patient is at reduced risk of any metabolic disorders. 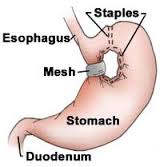 The Mason procedure, also known as vertical banded gastroplasty, a section of the stomach is stapled to create a smaller pouch above the main stomach.

The smaller sized stomach can also be created with a silicone band. This offers the advantage of being adjustable. Saline is added or removed from the band to alter the size using a small port in the skin. Performed laparoscopically, the procedure is sometimes called a lap band. Weight loss occurs mainly due to the restricted amount of nutrient consumed. This is a safe procedure than most with a low mortality rate 0.05 percent.

A gastric sleeve is another weight-loss procedure where the stomach is reduced to just 15 percent of its original size. Part of the stomach is surgically removed following the line of the major curve. The open edges that are created are then stitched together to leave a stomach that is shaped like a tube or sleeve. The procedure is permanent, it cannot be reversed and it is performed laparoscopic ally. 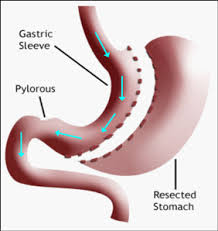 Using this approach the risks associated with bariatric surgery have decreased for some groups of patients. For the majority a 30 to 50 percent loss of body weight is seen over a six to twelve month period. Key points associated with this type of surgery are:

This surgical procedure sees a balloon placed in the stomach. The balloon is then inflated resulting in a smaller gastric space. With the balloon in place for up to 16 months, an average weight loss of 5 – 9 BMI points can be expected. This procedure is used in Australia, Mexico, India, Canada and a range of European and South American countries but it is not currently approved by the FDA in the United States. An intragastric balloon can be used prior to other more invasive types of bariatric surgery. It can also be used multiple times when required. 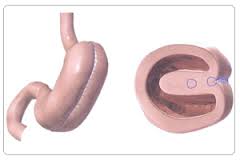 Gastric plication is a similar, but less widely used procedure to the gastric sleeve. Surgeons create a sleeve, not by removing part of the stomach. Rather they staple so all the natural absorption qualities of the stomach are retained. It reduces the stomach volume considerably so reduces the volume of food that is required to induce satiation. A recent study, published in Bariatric Times, showed some impressive results for this technique. In a sample of 66 patients with a mean age of 34, undergoing surgery between 2007 and 2010 with a mean BMI of 35, no major complications were reported. Weight loss in the study group was shown to be comparable to weight loss from gastric banding procedures.

The study also labelled the procedure as gastric imbrication or laparoscopic greater curvature plication and described a restricting technique that does not result in the complications arising from vertical sleeve gastrectomy or adjustable gastric banding procedures as it does not use implants or surgery to resection the stomach.

Mixed procedures involve using one from either of the two types of surgery at one time.

Roux-en-Y gastric bypass is a form of gastric bypass where a small pouch in the stomach is created using a stapler and then connected directly to the small intestine. This is then reconnected in a Y shaped configuration.

Gastric bypass procedures are one of the most frequently used types of procedure in the United States. In 005 around 140,000 procedures were undertaken. By 2011 the number of procedures decreased and it eventually accounted for below 50 percent of the bariatric surgery procedures undertaken.

For any bariatric surgery to be successful, the patient needs to follow strict weight loss program to develop healthy and sustainable patterns of eating. Some patients experience major problems living with side effects such as malabsorption and dumping. For these patients, techniques to partially reverse the surgery are now available. 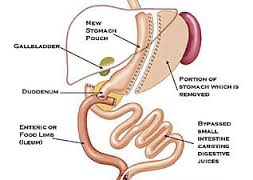 A duodenal switch is a variation to the billopancreatic diversion technique that involves segmenting the stomach along the greater curve. A tubular construction is used to create a stomach with a reduced capacity of about 150ml. In a duodenal switch the small stomach is then connected to the small intestine, bypassing the duodenum which is reattached about 100 cm from the colon. This surgery is irreversible.

Implantable gastric stimulation sees a small device implanted during surgery. Like a pacemaker, the device has electrical leads and these leads stimulate the stomach. By changing the enteric nervous system of the stomach through electrical stimulation the brain is tricked into believing the stomach is full. This type of surgery does not appear to as effective as other types of bariatric intervention.

What is Non Invasive Lipo? →
← What is the Basis of Post Bariatric Surgery Diet?
Copyright 2020 Weight Loss Surgery