Overweight women are up to four times more likely to seek bariatric surgery. When men approach doctors they are often older, more obese and with more health problems than women. In addition they face high risks if they delay weight loss surgery.

Mohammed Ali, senior author of a study at the University of California says “It is important for men to realize that obesity poses a serious threat to their health and lifespan,”he goes on to say. “A patient who is 100 pounds or more above his ideal body weight poses a therapeutic dilemma and should be referred to a surgeon who will likely recommend that he not delay weight loss surgery.”

In his study, published in Surgical Endoscopy, Ali collected data from 1,386 patients who had been evaluated for weight loss surgery between 2002 and 2006. The majority, 82 percent were 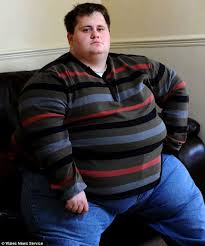 The study found that men and women were likely to be affected by problems such as diabetes, hypertension, elevated cholesterol, obstructive sleep apnia and gastro-oesophageal reflux disease, depression, back pain and other musculos-keletal problems and a combination of cardiovascular diseases.

There were however, some distinctions between men and women. In the study men had:

Even though quality of life, health, lifespan and quality of life in general could be significantly improved as a result of bariatric surgery, the benefits must be measured against the potential dangers to the patient arising from complications after surgery.

He says “This risk would be significantly lessened if obese males were referred to bariatric surgeons before they develop serious disease complications,” He also says that risks would be significantly lessened if obese men were referred for bariatric treatment before they started to develop serious life threatening conditions. Ali’s analysiis was the first to explore gender issues associated with bariatric surgery and of the 930 patients involved in the study only 14.4 percent were men.