Bariatric Surgery – A Quick Fix for Weight Loss in Men?

Garrick Pedersen underwent initial weight loss surgery that was to prove almost fatal. Doctors placed a band around his stomach, just below the oesophagus that left him feeling full after very small meals. He weighed almost 300 pounds and was delighted to begin losing weight straight away. The 52 year old lawyer from the San Francisco Bay area said he was overjoyed. He said he felt better and looked better as well.

Then the problems started. He experienced sharp abdominal pains and had emergency surgery. The band had slipped and was cutting off circulation. Any delays could have meant he died as a result. The band was removed but unfortunately Pedersen began to gain weight straight away.

He was devastated about the situation because obesity was such a medical problem for him. Diabetes, orthopaedic knee and hip problems and high blood pressure were all major problems for him and he had two young children. So, in less than a year he underwent another weight loss 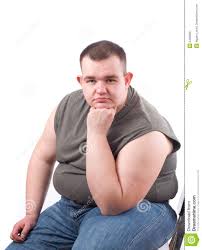 procedure. This time a gastric bypass saw a large part of his stomach and intestine literally bypassed. Three months in and Pedersen lost 45 pounds, enough for people to notice the change.

Garrick Pedersen is not alone in resorting to such drastic procedures to reduce weight. Large numbers of people are turning to bariatric surgery and in the United States numbers increased from 13,365 in 1998 to 102,177 in 2003.

Since introduction in the 1970s, surgical intervention to deal with weight loss has been controversial. Removing parts of the stomach and intestine as a response to eating too much has always seemed rather extreme. Edward Livingston MD from Dallas said “But the fact is, dieting and other lifestyle interventions simply don’t work very well for most people,” For people with obesity, lifestyle interventions almost always fail. In reality, early surgical interventions didn’t work well either often causing serious infections resulting in death. Today, two procedures, gastric banding, and gastric bypass have been refined and both offer far better results than earlier ones.

The simplest procedure is gastric banding and involves placing a band around the stomach, shrinking it. The smaller pouch created results in the patient feeling full much more quickly. Gastric bypass surgery is more complex. The surgeon creates a small pouch, from the stomach and connects the pouch to a part of the large intestine, having removed the rest. With a shorter digestive tract the patient absorbs fewer calories from the already shrunk stomach. It is difficult to determine which is the best surgery for men. Generally they experience more problems than women, probably down the larger amounts of fat around the abdomen which makes the operation more difficult.

Gastric banding is the safer procedure as it is generally performed through a small opening in the abdomen and uses laparoscopic techniques which are less intrusive. Despite this the results can sometimes be less successful. Gastric bypass is a more risky procedure that carries greater risks such as infection and blood clots and it carries a lifetime risk of nutritional deficiencies but the results are more successful in terms of weight lost.