Obesity is a disease, a disease that is fast turning into an epidemic as more than 1,000 people across the world die each day from health problems caused by morbid obesity disease.

What is morbid obesity?

Obesity disease is morbid when it significantly increases the risk of one or more health conditions related to or caused by obesity. These include diabetes, heart disease, hypertension, increased cancer risk, strokes and osteoarthritis, problems that go hand in hand with the psychological (mental) effects of obesity, such as low self esteem and depression. 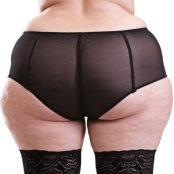 Increasingly, people suffering from obesity disease are looking for more successful ways of losing weight, rather than using the traditional non-surgical weight loss options, such as diets and exercise. This is generally due to the fact that most people only achieve weight loss for a short while using these non-surgical options, as they soon go back to their old habits and gain the weight they have lost.

For these people, weight-loss surgery is often the only long-term solution. Patients canlose generally around50% of their excess body weight, compared to losing 5-10% using diets and exercise programmes. Gastric surgery also results in patients keeping their weight loss for longer periods than other methods. For example, research has found that 60% of surgery patients keep the 50% loss in weight over 5 to10 years. And as these patients lose weight, many of their obesity-related problems reduce or even disappear, such as the diabetic who no longer has to take medication,as diet is all that is needed now to control the condition.

What is bariatric surgery?

Bariatric surgery is a term for operations to make obese people’s stomachs smaller so that they can only eat small amounts. Patients can expect to lose between 12 and 20kg in only a few months of having this operation.

Bariatric surgery is quite new in South Africa, with about 2 800 surgeries taking place in the country since 2007. Only 3% of patients experienced surgical complications.

In South Africa, the cost of weight-loss surgery ranges from R60 000 to R130 000, depending on the operation. Very few medical aids cover the full costs of the operation. Despite the high cost of bariatric surgery, these costs are generally recovered within around four to five years through savings on medicine and other treatment needed to control obesity-related health problems.

Bariatric surgery is not offered in state hospitals but is available at many private medical clinics and hospitals around the country, such as Obesity Unit South Africa,Chrysalis Clinic, Bariatric Medicine Integrated and other, approved Centres of Excellence for Metabolic Medicine and Surgery, units. All these units offer a total approach covering education, emotional support,weight loss surgery and weight loss programmes.